Returning to the Scene of the Crime: Martins Fork

I am not sure what the crime is in this situation. Is it that I once again couldn't get anyone to go with me and had to solo this steep and unfriendly creek for a second time? Is it that the one person who rekindled my interest in the stream and had scouted it only to return giddy as a school girl, passed on seizing the moment this day? Or is it that as beautiful and pristine as this stream is, it is the only watershed of it's condition left in the entire Southeastern Kentucky region? In an area known for black water and flat mountaintops, through historical significance and a good move by the national park service, the Martins Fork of the Cumberland looks alot like what most streams looked like prior to the discovery of Cumberland Gap as a route into this region. Untouched. While the whitewater is pretty good and fully involved, it is the presence of a clean place in an unclean land that really puts this creek on the radar.
While I had noticed that the Martins Fork runs quite often after a good solid rain, the stars hadn't been aligning lately to get back up there. I had been wanting to document the paddling in there, but without anyone to take pictures of, I settled for a quick stop at Wal-Mart in Harlan, KY, where I bought a tripod to put the camera on. I was hellbound on getting some shots, so I figured if I shot in 1080HD I could take some still frames that would do the trick.
I have also been investigating a waterfall that was above where I put in last time, that is supposedly a clean 15 footer. While not huge, it bugged me that I hadn't gotten in above it last time, and had done some looking and found out roughly where it was, and that there is a dotted line on the USGS quad that would get me within half a mile, where upon I could break off down a small drainage and drag off trail down the the creek. After 3 miles of hiking and the pleasant discovery that a trail went almost all the way down to my put in, I was floating down nice class 2-3 bedrock slides, moving quickly towards the unknown. Its a great feeling to be doing something new or different, and I was happy to pull up a few minutes later to the mysterious and hard to find "Quadrule Falls". After a quick look and posting my camera, I dropped the falls with a fun boof. More class 3-3+ boogie lead me a short distance down to the other put in, where I started working my way down.
By now it was snowing really hard, which made the trip even more memorable, though it was hard to see what I was coming up to. Everything went great, and I got a few reels of some of the rapids. There were many I didn't shoot, but I did get the biggie, Harlan County Two Step, and noticed that a new sieve had opened up in the lead in, sealing the deal on this already solid class 5 drop. The runout was good as ever, though one of the bigger boofs had a small tree slide in the landing.
The Martins Fork once again was a great experience, and I hope some more people can make it up there to see that there is more than coal in southeast Kentucky. Here are a few shots and a small clip from the day. Enjoy! 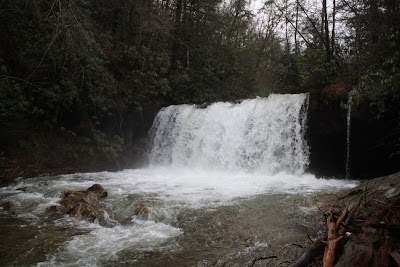 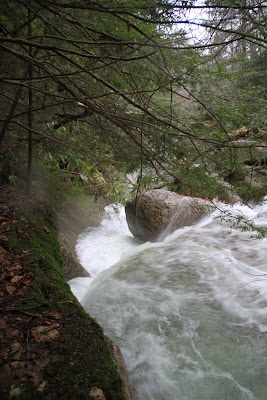 Final drop of the Catacombs, an eerie and undercut set of mini-canyon rapids. This is around an 8 foot drop. 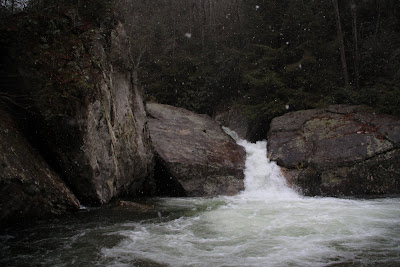 Harlan County Two Step from the bottom. You can barely see part of the second drop of around 8 feet dumping into a swirling cauldron that spigots out through a narrow 12 foot slot.

Martins Fork of the Cumberland from Kirk Eddlemon on Vimeo. 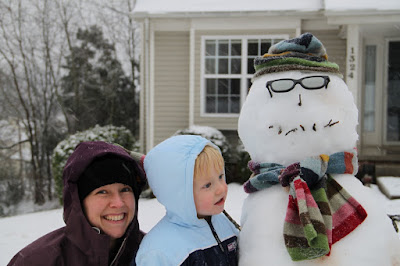 Thanks for reading
Posted by searcher at 9:21 AM

Kirk,
It made my day to see you drop Quadrule Falls. I contacted you about adding river reaches awhile back on AW. Its nice to actually see someone paddle the Martins Fork, and I can't believe you did it alone. If you need any company next time let me know, shoot me a message at jakeboggs@hotmail.com.
-Jake

This is the first time I've seen Martins Fork run, but I knew it must be a class creek. I talked with Cumberland Gap NHP a couple years ago and they didn't think it was runnable ( but were not thinking of steep creekin' ).

Martins Fork is part of a huge, consolidated landform identified geologically as early as the 1920s ( or even before ) as the Powell Valley Anticline. It's largely devoid of minable coal, and is a dominate karst landform.

Little Stony Gorge and Guest River Gorge are the best known runs in the High Knob Massif section, but it has many more with potential ( as does its extended NW mountain flank of which Cumberland Gap NHP is a part ).

searcher
Born and raised in the SE, love it here almost as much as travelling elsewhere. Appreciating life.